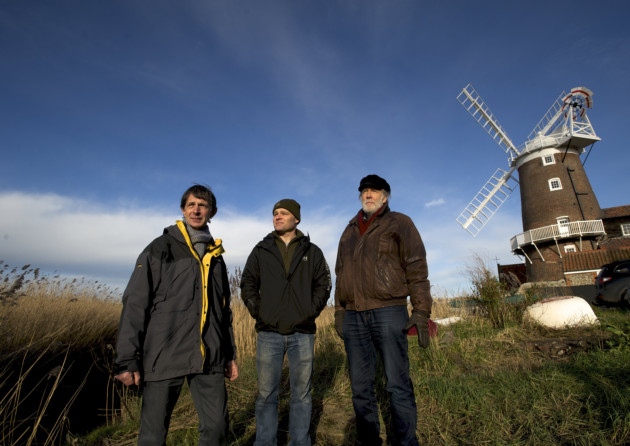 It was once one of the busiest ports in Europe, a haven for smugglers and pirates and the hub for a thriving trade which saw its grain exports outstrip even those of Norwich.

But Cley harbour is today all but unrecognisable from its heyday, little more than a shallow, silted up inlet, choked with reeds and unnavigable to all but the smallest of craft.

Now, though, there is hope that this ancient port could once again be revived, with planning permission approved for villagers to dredge the channel, to allow sailing boats to travel along the River Glaven and into the harbour once more.

Cley Parish Council still need funding for the £20,000 Old Harbour Project, but villagers have organised working parties to clear the banks and make a start on the work.

Leading the working party group is Simon Read, 56, a boat builder, who said: “Cley is only here because of the harbour, but now people don’t even realise it is here.

“For the last 100 years the village has almost forgotten the harbour but, hopefully, shortly this will be turned around and the port will once again be an important part of Cley.

“We want to level the reeds on both sides of the river to allow boats to pass at high tide.”

The River Glaven flows through Cley and runs out to the sea past Blakeney Point. Historically it would go out to sea directly north of Cley, but it has been gradually been pushed west.

Parish council chairman Richard Kelham said the harbour’s use had fallen away completely in the past 10 years, but that 100 years ago the harbour would have looked completely different.

“Our seafaring history is so rich,” said Mr Kelham. “This was a busy port that even had its own customs house.”

Planning permission for the project to dredge a 387-foot stretch of the river has been approved by North Norfolk District Council in January last year.

At high tide, the river would be widened from less than seven feet to more than 26 feet, allowing boats of up to 16 feet space to navigate.

But so far villagers have been unsuccessful in finding funding for the project.

However if enough people join the working parties, boats should be able to use the harbour by the summer.

The working parties are on February 28 and March 1 weather permitting.